The False Poets set to release New Single and Album

It's ten years this summer of 2022 since The False Poets first started with their 60s flavoured, garagey sounds. The band took something of a hiatus after a couple of years, but since teaming up with Nice Mind Records in 2019, the band have released a single, a split LP with label mates The Support Band and two LPs of their own original sounds.

As a sort of retrospective and an attempt to gather stock as the next chapter commences, Friday 2nd September sees the release of Poetaster: A Miscellany, a compilation album which features debut single Tell Me When, the eponymous EP and other odds and ends the band have recorded more recently.

The album also features, and is foreshadowed by, an almost gothic post-punk single Shadows of Fear. A further development from the sounds the band created on sophomore effort Strange Season, Shadows of Fear will be available to stream from all the usual places on Friday August 5th, but it is only at nicemindrecords.bandcamp.com that the single comes with a digital b-side excavated from the vaults of the band's beginnings.

Check out the artwork here and, if you're in the North East of England catch the band that very same day Friday August 5th at The Three Tuns, Sheriff Hill, Gateshead where the band will be supported by label mate Kevin Phillipson. 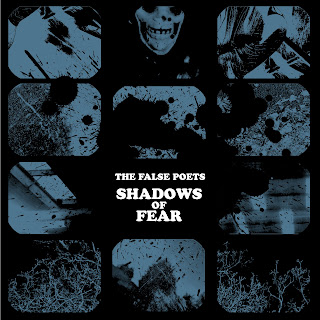